Neuschwanstein Castle is a 19th-century Romanesque Revival palace on a rugged hill above the village of Hohenschwangau near Füssen. The palace was intended as a personal refuge for the reclusive king but it was opened to the paying public immediately after his death in 1886. Since then over 60 million people have visited Neuschwanstein Castle.

In both Castles is photography banned so i can here take only a few pictures. 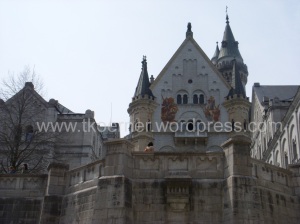 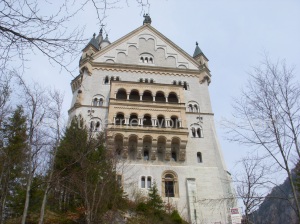 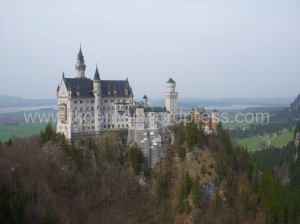 Hohenschwangau Castle was built on the remains of the fortress Schwanstein which was first mentioned in historical records dating from the 12th century. A family of knights was responsible for the construction of the medieval fortress. After the demise of the knights in the 16th century the fortress changed hands several times. The decay of the fortress continued until it finally fell into ruins at the beginning of the 19th century.

In 1829 Crown Prince Maximilian discovered the historic site and reacted enthusiastically to the beauty of the surrounding area. He acquired the property in 1832. One year later the reconstruction of the Castle began continuing until 1837.